We are in a terrible, terrible drought here in Colorado.  The air is SO dry and the land is SO dead – it’s quite depressing, really.  So last week when we heard rumors of a snow storm, we were seriously crossing our fingers and praying that it would dump a bunch of snow on us.  The last few storm warnings we’ve had ended up being just that – warnings – and major let downs.

Well, this time it ACTUALLY snowed!  I stayed at Andrew’s for the storm and we ended up getting a whole 12 inches at his house!  A foot of fresh, gorgeous, wet snow.  Thank God I didn’t have to drive anywhere far over the weekend – the roads were a slushy, snow packed, icy mess.

Since we have good vehicles for driving in snow, we decided to take the pool killer whale & the inflatable boat out for some semi-sledding.  I say semi because we don’t exactly have good hills in Fort Collins.  Still, we headed to a park, climbed to the top of the hill and had a fun time despite the crazy wind, 20 degree temp & snow pelting our faces 🙂

The snow coming down at Andrews 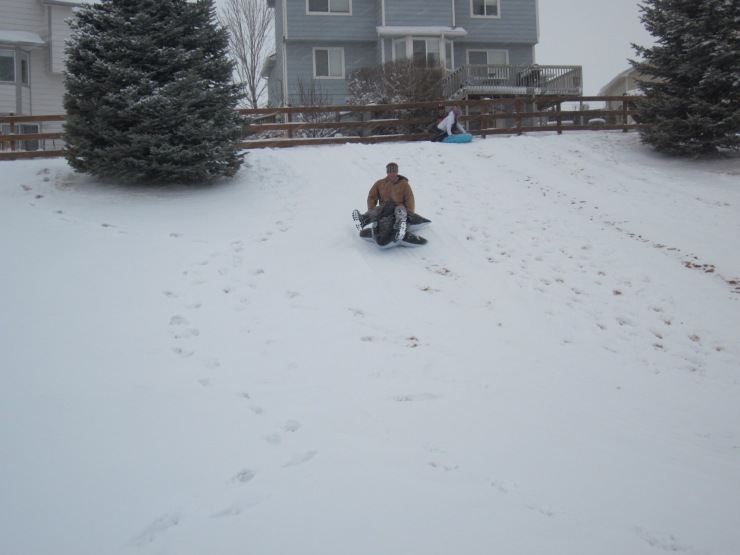 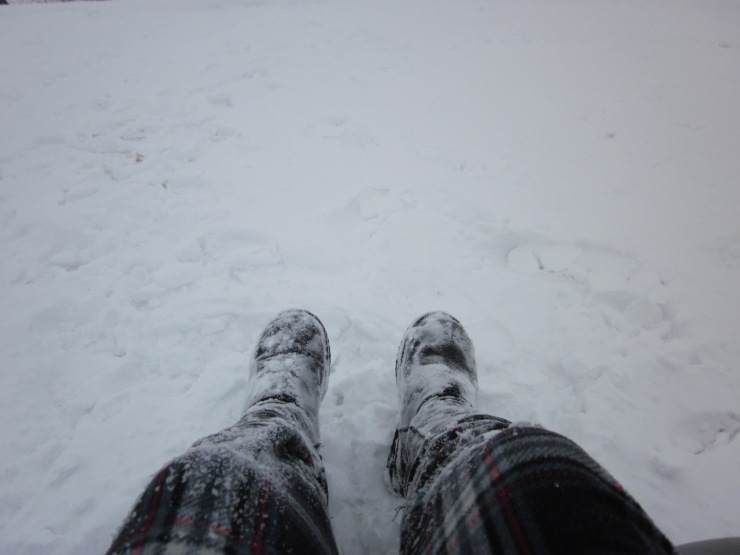 Don’t mind my Yankees hat & freezing, red face — all of my snow gear was at home so I had to improvise.