When I visited Alaska for the first time in July of 2017– I fell in love. There is something so special and so different about Alaska. It’s hard to describe. But once you go, you know. And once you’ve been, you’ll probably long to return. 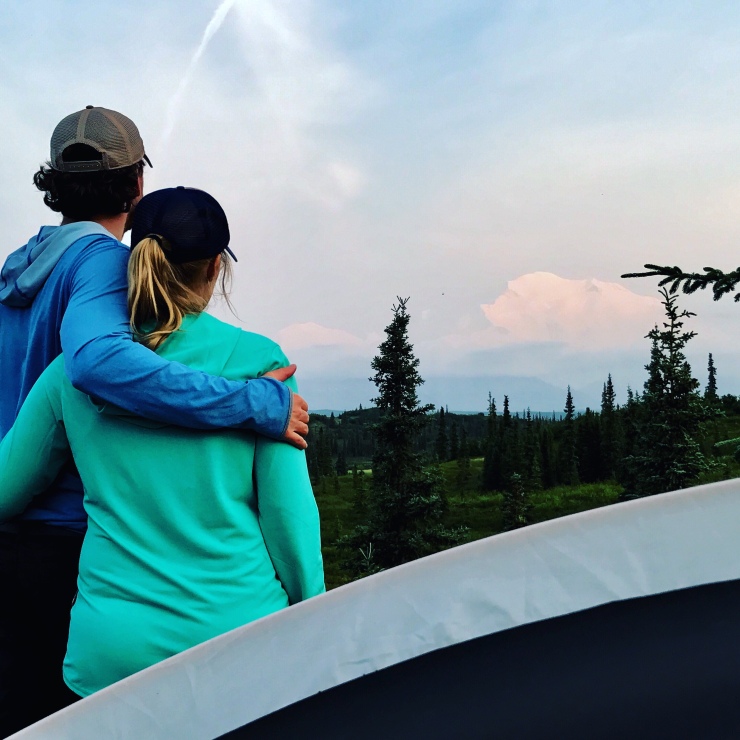 Above: Us at Our campsite in Denali National Park, staring at the beautiful Denali (formerly known as Mt. McKinley) as she briefly revealed herself

Along with Colorado, Alaska has one of the highest score requirements for their state bar exam and Ben not only scored really well on the bar exam in July– he scored so well he’s been approved for licenses in both Colorado and Alaska!

On Wednesday we’ll travel to Alaska together so Ben can get sworn into the state of Alaska as a licensed attorney.

Alaska has been incredibly special to Ben since he visited for the first time when he was a kid.

We don’t know if a job in Alaska is in the cards for Ben– but what we do know is we are keeping a very open mind. (And maybe praying, a lot 🙏🏻)

My travel nursing career allows me to go anywhere I am licensed. I’m not currently licensed in the state of Alaska but luckily, as with many states where nurses are in demand, it only takes about 10 days to become licensed there… and they certainly have a need for experienced nurses.

My current contracted travel nursing assignment ends January 19th. I’ve been with my current hospital since June! I have extended my original contract twice…. not sure what’s next.

But first– we have a trip ✈️ planned. We fly into Anchorage on Wednesday and out late Saturday night. It’s a short trip, but we’ll have enough time to explore.

On Thursday Ben will get sworn in, on Friday we have a morning glacier / ice cave guided exploration trip & on Saturday we’ll be visiting the Alaskan Wildlife Conservation Center to see the animals & join in on the Christmas festivities. I’m so excited! Maybe if we’re lucky the skies will be clear and we’ll get a chance to see the northern lights on Friday night as the northern lights activity is expected to be high– but if not then… some day 🌌

Above: Our first glacier experience – Portage Glacier in Whittier, Alaska